Spiderous-Man On A Sudden Reversal Of Fortunes 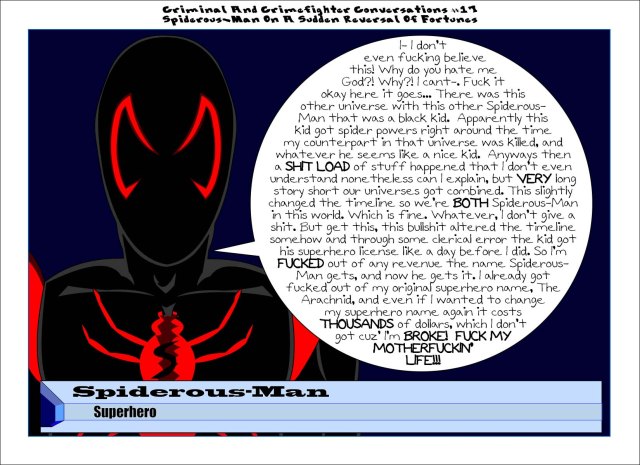 Sorry for your luck Spiderous-Man. Suck to be you! So for those of you who haven’t been following Marvel lately.  There was this other universe the Ultimate universe where Peter Parker got killed and this half black half hispanic kid, Miles Morales who also got spider powers took his place.  Not too long ago there was this event “Secret Wars” which basically ended the Ultimate universe and brought Miles over to the “regular” Marvel universe (among many other things).  So that’s what this comic is referencing.

That pretty much it for this one. See ya tomorrow with America-Man and his opinion on the trailer to his movie “America-Man: Civil Unrest”.