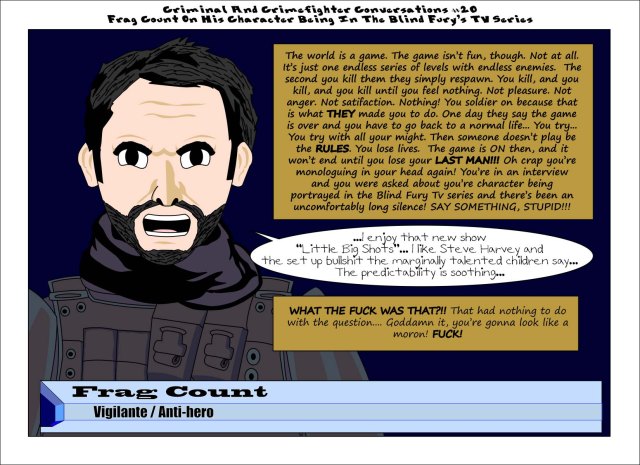 And here’s my version of “The Punisher”… Took a while for me to settle on a name.  I had Death Penalty in my head, but I just didn’t think it was good enough.  Then I was pretty sure I was gonna use The Equalizer but there’s a movie called that with a very Punisher-like character.  All this time I had Frag Count as sorta of a second choice. The name gave me the video game kinda spin on the character.  So yeah that’s Frag Count… Tommorow we meet a lady known as Nestra as this Daredevil season 2 inspired week continues.  See ya then and hope you enjoy!