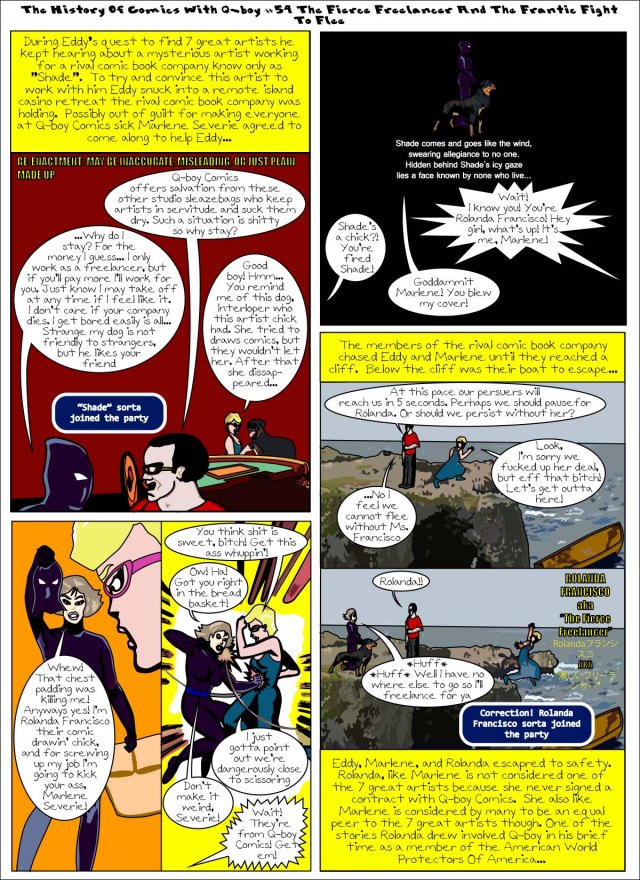 So the actual story of this comic comes from the character “Shadow” from “Final Fantasy VI”.  He’s a character that only joins your party for money, leaves a random times, betrays your party at a certain point, and at one point you can wait to escape with him or leave without him.  When I played the “Playstation” remake of the game I didn’t know waiting for him meant he rejoins you so I left without him.  When I learned I coulda got him back I quit playing cause either I’d have to play A LOT of the game again or go on without him.

Anyways Rolanda Fransico is based on Ramona Fradon an artist who is best known for drawing “Aquaman”, “Brenda Starr”, “Super Friends” comics, and co-creating the character “Metamorpho.

Next time The Underwater Monarch’s kingdom is attacked and Q-boy along with the American World Protectors Of America come to back him up.  Tuesday-Thurday check out new “Criminal And Crimefighter Conversations”.  Hope you enjoy and see ya then!