The History Of Comics With Q-boy #64 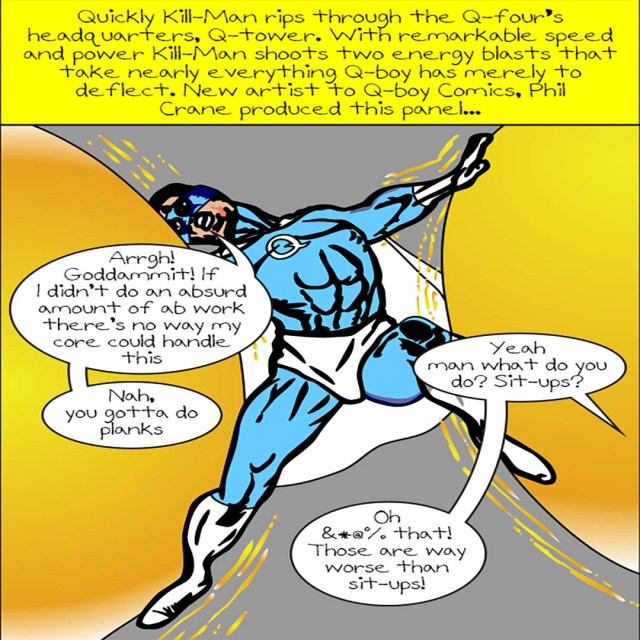 This panel mimics the cover to “Green Lantern” 75 by artist Gil Kane. You can check it out here http://bit.ly/gl75cover . “Green Lantern” 75 is significant because it is the last issue before the title started a classic run. The title was then written by Dennis O’Neil with art by Neal Adams.

“Green Arrow” was also added to the book as co-star. According to “Wikipedia” this is also seen as part of the end of the Silver Age of Comics.