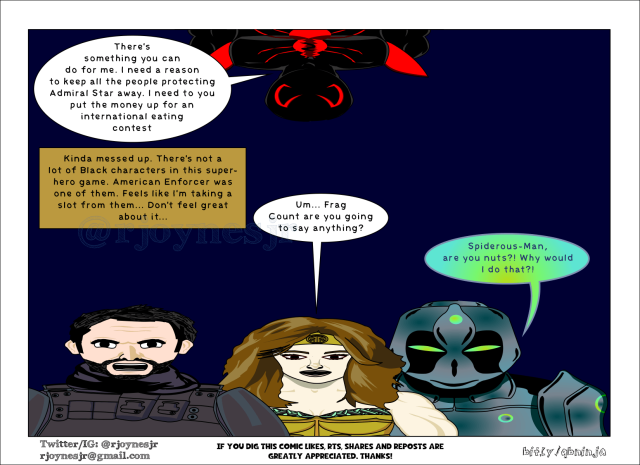 Ya know what I really liked? I like when “The Punisher” was off by himself in an R-rated comic that was part of “Marvel’s” “Max line” of comics. “The Punisher” could be in violent messed-up stories and wouldn’t be involved in some terrible crossover. Sadly, those days are gone… They went and brought him back in the normal “Marvel Universe”. Now with this “Secret Invasion” crossover they got going on he’s part of “Hydra”. Ugh!

There’s a rationale for it, and I guess it kinda makes sense but still… Ugh! He shouldn’t be in this the first place. He should be murdering mobsters by the truckload. That would be bad enough, but lately “Marvel” and “DCComics” have been playing “bad idea chicken”. As far as comics “Marvel’s” been winning this race to the bottom for a while now. “Marvel” is going to up the ante by making “The Punisher” the new “War Machine”. Yep kill off one of the few Black characters that’s isn’t just a poor man’s version of a White hero and replace him with a White guy who shouldn’t even be involved in the first place. What even needs to be said at this point?

Tomorrow these guys return and Spiderous-Man elaborates on what he wants The Innovator to do. Hope you enjoy and see ya then!