On Offers They Can’t Refuse 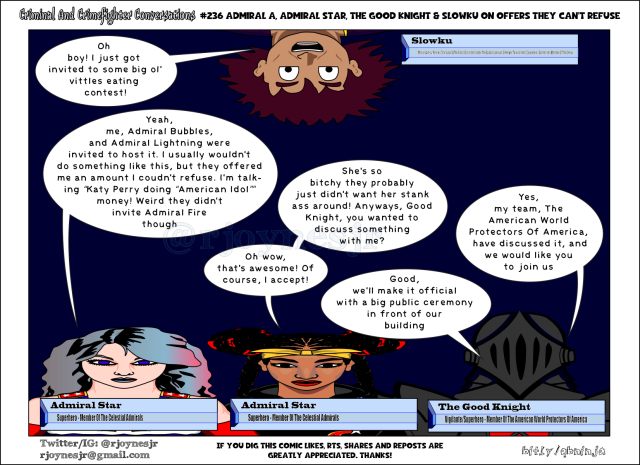 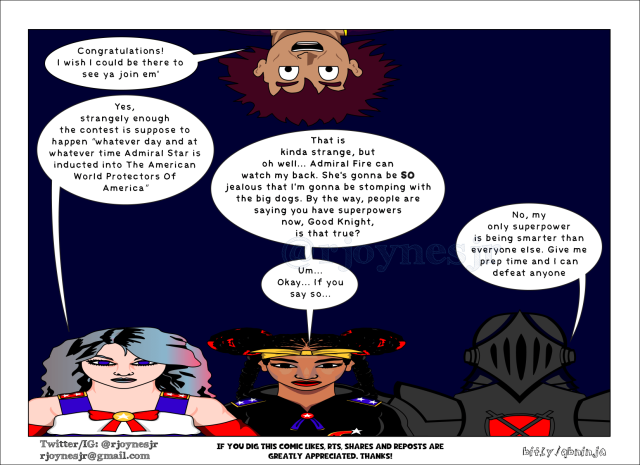 Getting “Meta” With “Batman”

One thing I get to in this comic is the idea that “Batman” is a “metahuman”. “Metahuman” for those of you not up on “DCComics” lingo is “people with powers”. It has something to do with “Hawkman” metal or something, but it doesn’t matter. What is with “DC” and undermining the entire point of their characters? If “Batman” has powers he’s not “Batman”. If he kinda sorta has powers then there’s no point in saying he does. If “Batman” murders people like in “BVS” he’s not “Batman”. While we’re at it:

At least they’re not doing what “Marvel” is doing with “Secret Empire”. How long is that going to take to end? That’s it for this week. Check out new “Criminal And Crimefighter Conversations” on Tuesdays-Thursdays. Hope you enjoy and see ya then!