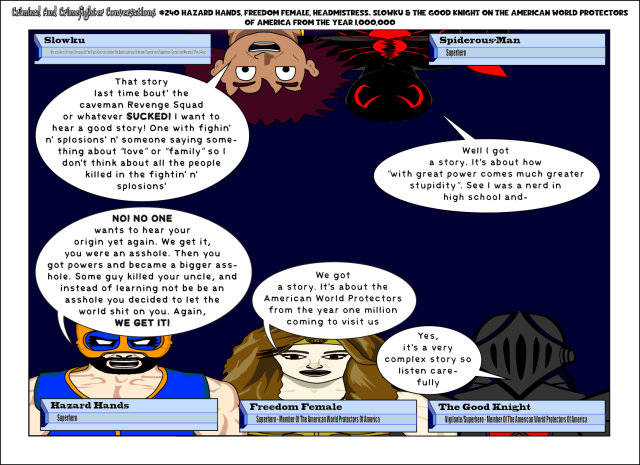 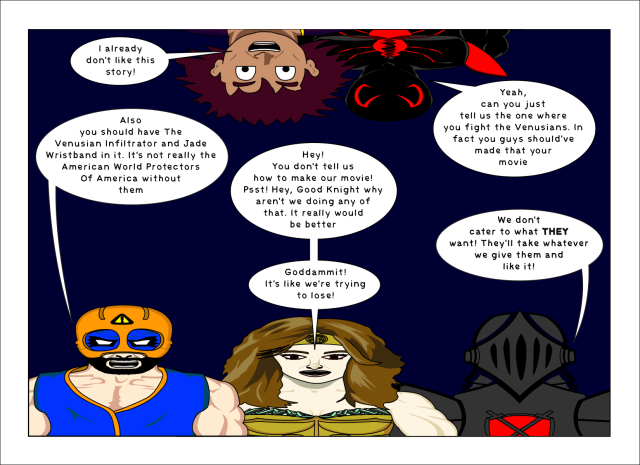 Do you think “Martain Manhunter” and or “Green Lantern”should be in the “Justice League” movie. Why or why not?

As implied by this comic to me it isn’t really the “Justice League” without them.

Last week focused on a story about the “Prehistoric Revenge Squad”. This was poking fun at the “Avengers 1,000,000 BC” team that suppose to part of “Marvel Legacy”. “DCComics” had a storyline about a future version of the “Justice League” from the 853rd century called “DC One Million”. This we these comics will be making fun of that along with the usual amount of whacked out distractions you’ve come to expect.

Tomorrow these guys return as this story continues. Hope you enjoy and see ya then!