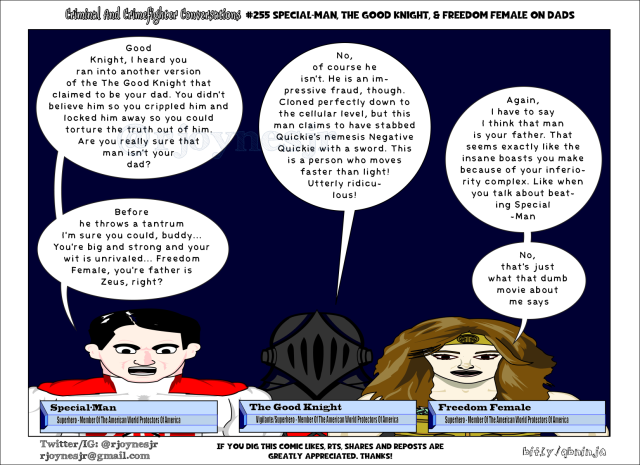 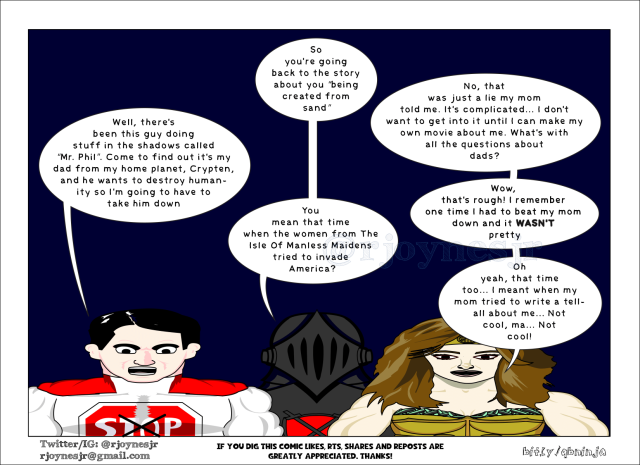 This comic is about some stuff going on mainly in recent “Superman” comics. There’s been this mysterious guy running about the “DC Universe” called “Mr. Oz”. Since “DC” started this whole “Rebirth” thing there’s been references to “Watchmen”. Specifically “Dr. Manhattan” and “The Comedian’s” button. (It must be pointed out that all of this is comic book blasphemy by that way). Naturally if you know “Watchmen” you’d figure “Mr. Oz” is “Ozymandias” or some other “Watchmen” character… Nope, it’s “Jor-El”. Apparently “Superman’s” dad (or if they’re really lame “some verision” of him) is evil and hate humanity now.

I guess the burden of being 1% better than “Marvel” was too much and they want to give that up now… It was good run… Okay maybe there’s some possibility of this being good. Personally I doubt it though. What do you think?

Tomorrow these guys return to discuss “Mr. Phil” some more and typical confusion ensues. Hope you enjoy and see ya then!