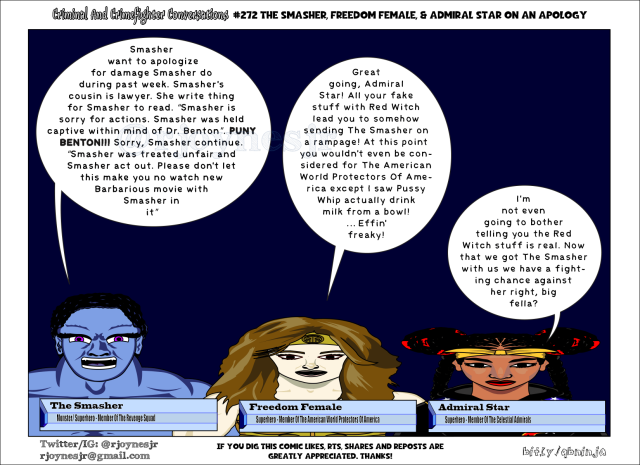 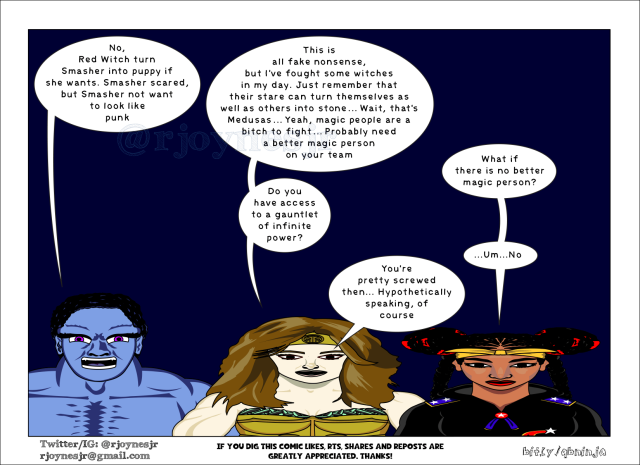 Once again I use the last one of these comics for the week to tie into my side project for Inktober, Drawtober, and Drawlloween called “An October Surprise: A Criminal And Crimefighter Conversations Gaiden”. Speaking of which, by this time next week it’ll be finished. To say the least it has been one hell of a challenge. It has been a challenge of drawing, writing, time management and endurance. Wow it is rewarding though. Those moments where I desperately don’t want to do it are overcome by losing myself in writing or drawing, and though certainly flawed I really like what I’ve made of it so far.

On to other business. I watched “The Flash” last night… I don’t even believe it… They did it AGAIN! Once again “The Flash” created the villains for this season. That pretty much cements that this season of all the “DC Comics” “CW” shows are gonna be just like last seaon’s. “Arrow” and “Legends Of Tomorrow” being good and fighting for the top and “The Flash” and “Supergirl” being crappy and fighting for the bottom. So far “The Flash” is right there at the bottom again. On the plus side, “Wally” is gone. That guy sucks!

That’s it for these comics this week. “An October Surprise: A Criminal And Crimefighter Conversations Gaiden” continues every day for the rest of October. Hope you enjoy and see ya then!