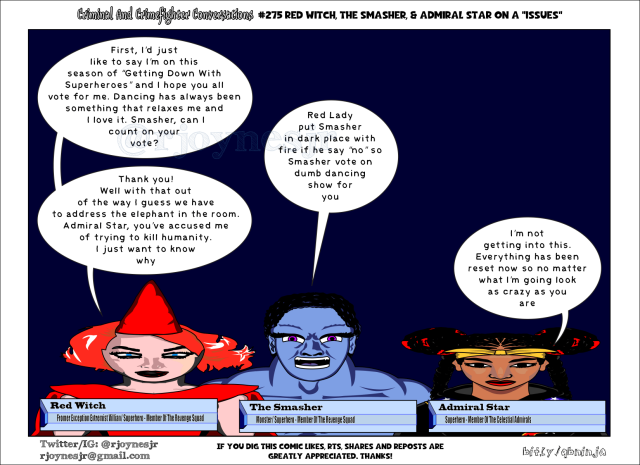 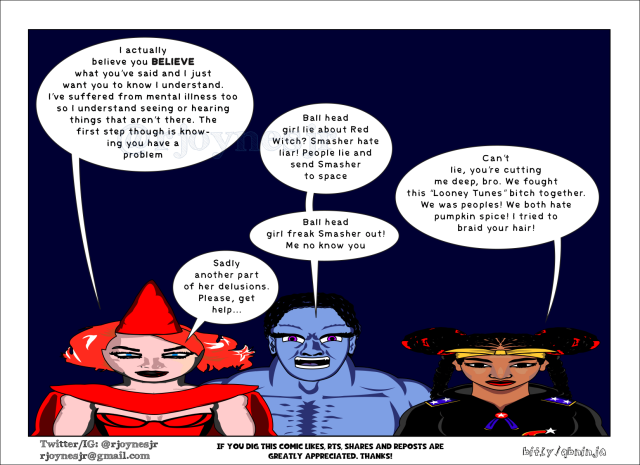 So if you didn’t read my side project for Inktober, Drawtober, and Drawlloween “An October Surprise: A Criminal And Crimefighter Conversations Gaiden” (I’m not upset about it really. *Cries*) here’s a very basic recap:

This comic basically is the beginning of the fallout of these events.

Alright, let’s talk some “Flash”. So this week “Cisco” met “Gypsy’s” dad “”Machette” with superpowers”. And we met “The Elongated Man”. Don’t know a lot about “The Elongated Man” from the comics, but this version seem to veer far from the source material. Some of the effect for him were particularly poor too. Also “The Flash” seriously suggest locking him up even though he hadn’t done anything basically because he thought he was dick.  There’s also this whole thing about “Gypsy’s” name being a secret and it ends of being “Cynthia”. Really? All that build up for that?! Weak sauce.

That’s it for this week. Hope you enjoy and see ya then!