The Innovator & Ms. Majors On People Who Can Predict The Future (Censored) 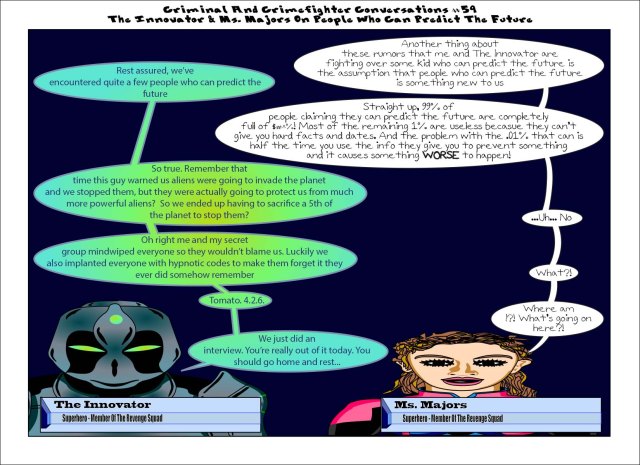 There’s several “Marvel” characters that have been able to predict the future so it’s really weird that this is the big thing that sets off “Civil War II”.  It’s also weird that a new character (one of those “Inhumans” that we all like better than “mutants”) was made up for this. What’s also weird is the major death in the first issue… (Spoiler Alert!)

So they supposedly killed off “War Machine” (“She-Hulk” also got hurt real bad too).  Since we saw what happened to “War Machine” in “Captain America: Civil War” its a strange choice to hit that same note so soon.  Death means nothing in comics so I guess it doesn’t really matter.

Tomorrow we end the week with The Innovator once again but this time along with his buddies from his secret group Headmaster Fresh, and Mr. Stretch to discuss predicting the future.  Hope you enjoy and see ya then!