Freedom Female, & Badassia On A Robust Discussion Of The Paris Agreement Or… 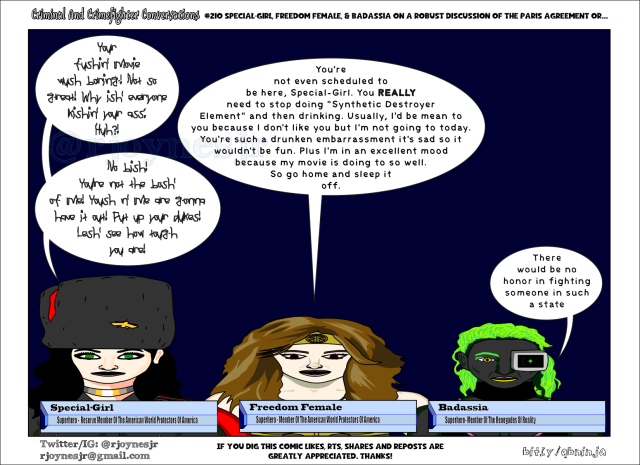 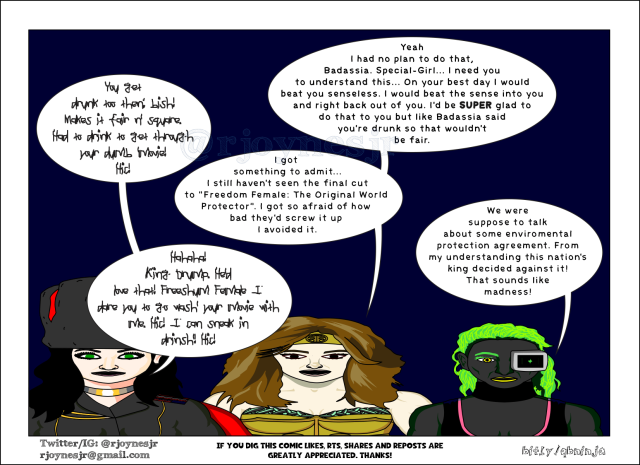 I’ve got a bit so say about the “Wonder Woman” movie but here’s the tl;dr version. It’s a C+ movie that is SUPER overrated…

Alright, let’s get to it…

America, we need to have a talk. We have a problem… That problem is “tipping the scale” to make two sides even. That’s part of how we got Trump. We need to stop it now! When it comes to movies “Marvel” and “DC Comics” aren’t even. “Marvel” is better in every conceivable way. Besides the “Thor” movies every “Marvel” movie is better than every “DC” movie. This includes “Wonder Woman”. Currently “Wonder Woman” has 93% on “Rotten Tomatoes”…. To say the least, it is not an A- movie. If “Wonder Woman” is an A- movie then you’d need two newer higher letter grades for “Marvel” movies.

There are reviews that compare it to “The Dark Knight”. This is a level of insanity that is ludicrous. “Wonder Woman” has the same major problems of “DC’s” last few movies. These are:

‘Wonder Woman” is one of those movies where everything that was good about it was in the trailers. The action is sparse. There is some action but these parts are minutes. By the time you think “that was cool” it’s over. Then you’re back to waiting for the movie to get to the point. When it finally does it get kinda interesting. Then you get to the final fight that isn’t impressive. Sorry, the bar got raised passed this. That’s enough for today I’ll talk some more about it throughout the week.

So I took a little risk with the crazy font used to Special-Girl’s drunk talk. It’s one of the the many fonts I found while looking for new ones for this comic. It can be hard to read, but to me it captures what a drunk person talking would “look” like. Tomorrow Badassia gets swapped out for Spiderous-Man and more drunken ranting ensues. Hope you enjoy and see ya then!