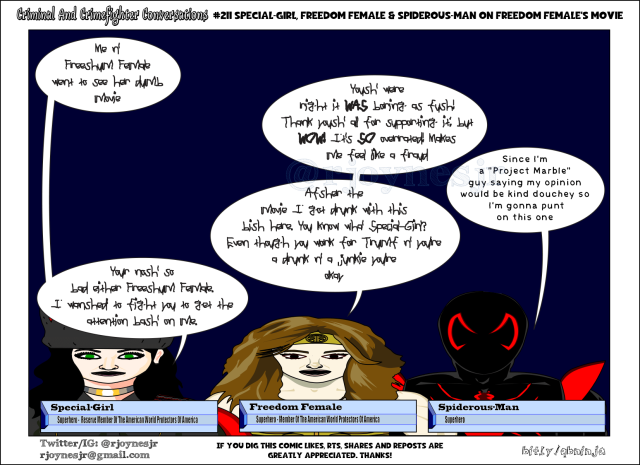 “Wonder Woman” is a hard nut to crack. She’s a strange character with a strange origin. Her origin is under neverending revision. In the original version she got created from clay. This makes her not even a person. Then you combine that the fact she got raised on an all-women island. This is make for the story of the ultimate outsider. The outsider amongst outsiders. This is a story “Wonder Woman” doesn’t tell though. More recently, she it got changed to her being Zues’ daughter. Now she’s one of many demi-gods. In both version she didn’t earn her powers and she’s not special. None of this even gets into all the weird bondage stuff in her early days.

Then there’s her villains. I’ve pointed it out a few times in these comics but she only has two most people know. They’re “Cheetah” and “Giganta”. Neither of which seem to be a true match for “Wonder Woman”. The fact that neither of them is even hinted at in the movie was a mistake.

“Wonder Woman” still has no true arch-enemy. She still doesn’t have her “Joker” or “Lex Luthor” even after all these years. So in slight defense of the movie they had a hard job.

Tomorow Spiderous-Man gets replaced by Q-boy. He’s sent in to try and salvage this drunken madness. Hope you enjoy and see ya then!