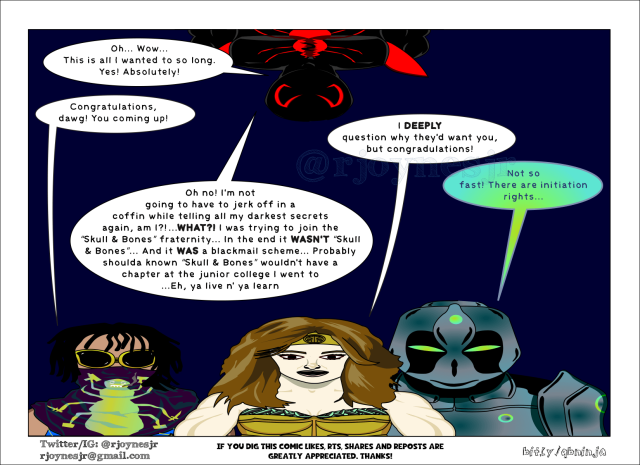 I have a terrible secret I must confess. I was out of work for a while and I picked up a terrible habit… I watch “TMZ Live”. I don’t watch regular “TMZ” cuz’ I can’t stomach it. The announcer guy and his corny jokes alone makes it unwatchable. If you’ve never seen “TMZ” it’s a celebrity gossip show. They sent their vulture-like camera people to bother celebrities and they “report” on things. By “report” I means “Google” things and make wild guess about what going on. Then idiots call in and repeat whatever they said and desperately try to get attention. The main guy Harvey Levin is a wishy-washy halfway Trump supporter. He constantly tries to pretend he’s not VERY rich from “TMZ”. I guess so all the barely paid staff there don’t start asking for money. He also mentions about 800 times an episode that he used to be a lawyer. I guess this is him reflecting on a time when he had dignity.

I could go on and on, but I’m getting away from the point. On Thursdays “TMZ Live” does something special. They have this guy Tim do a segment called “Tim’s Rejects”. You know how you can go ANYWHERE on the internet and find really cool and interesting videos? Well Tim has the special talent of somehow missing all the good stuff and finding 3 crappy videos. He also sets them up very poorly. Usually he asks “have you ever [insert whatever’s in the video]”. The segment usually ends with Harvey berating the guy for how crappy the videos are. All of this is to say that this comic say Spiderous-Man is pretty much that guy, Tim.

Tomorrow The Innovator is switched out for Admiral Fire as these guys talk about payback. Hope you enjoy and see ya then!