& Spiderous-Man On Going Too Far 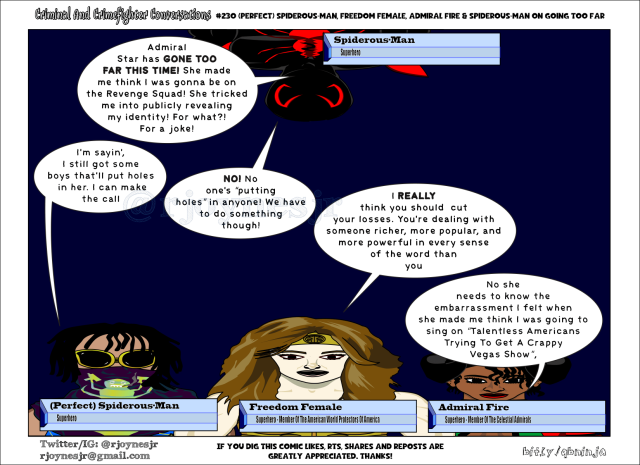 Admiral Star has made quite a few enemies since she first appeared in the 200th comic. Those enemies seem to be coming together and wanting some payback. They include:

That’s it for this week! Check out new “Criminal And Crimefighter Conversations” Tuesdays-Thursdays. Hope you enjoy and see ya then!