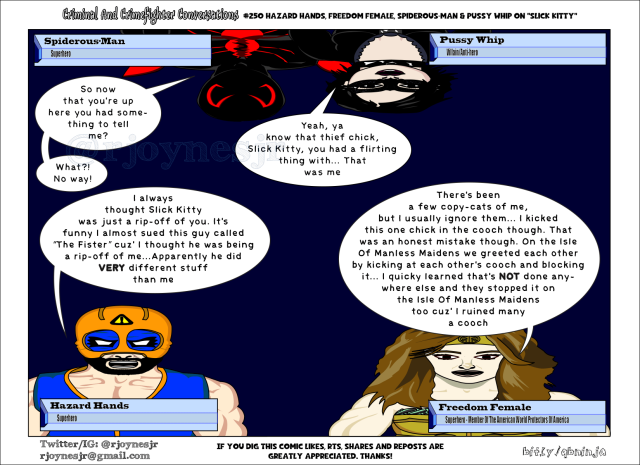 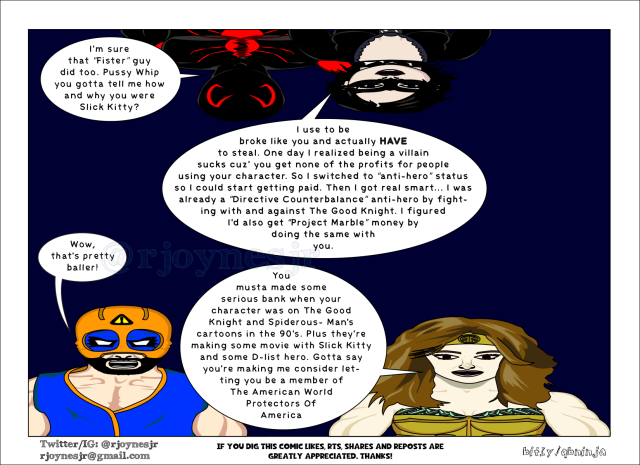 So I was saying yesterday that because I parody “Marvel” and “DC” characters sometimes I combine similar characters. Here are some examples you might’ve seen if you’ve been following these comics:

“DC” and “Marvel” often do their versions of each other’s characters as “commentary” on them. Sometimes these characters become radically different over time and the “copy” becomes more popular than the original.

Tomorrow all of these characters return and get into the topics of money and women. Hope you enjoy and see ya then!