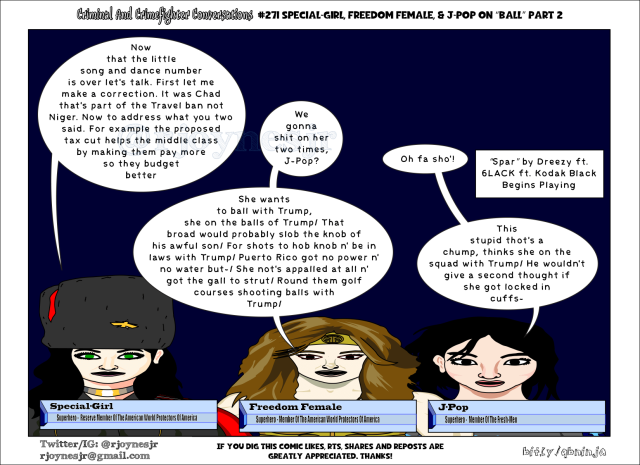 I messed up in yesterday’s comic. Special-Girl says something about the country Niger being on Trump’s travel ban and it’s actually the country Chad. Besides just bashing Trump which is good thing to do in and of itself I wanted to show that he’s not just a terrible president and a terrible person he’s a loser. A loser who’s only success comes from laundering the money or mobsters and dictators. At best he’s too dumb to know, but more than likely he’s just smart enough to know it’s wrong but doesn’t care. Sure I know I’m preaching to the choir…But hey, the choirs need sermons too…

Tomorrow we get off the soap box as Freedom Female and Admiral Star talk with someone as they make an apology. Hope you enjoy and see ya then!