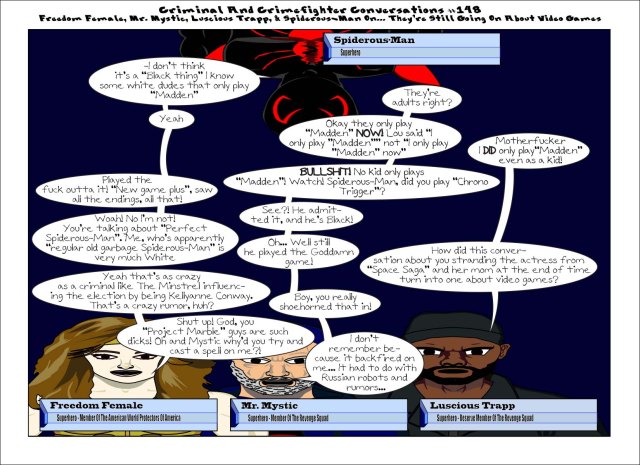 I don’t play video games much anymore. The last game I played and beat was “GTA 5” (the only “GTA” I ever beat). It’s been even longer since I played an RPG. I played “Skyrim” for a few weeks and lost interest. I think I gotta go WAY back to “Fable III” was the next one.  Before that this game “Radiata Stories” (which I forgot the name of for a long ass time til’ I looked it up today. God that was bugging me!) where I screwed up something I couldn’t fix so I just quit playing.

The last “Final Fantasy” I played was “Final Fantasy X”. Never beat that one cause I couldn’t ever do the thing where you gotta dodge lighting 8 million times to get “Tidus’” ultimate weapon. It had some cool characters but the story was kinda “meh” anyways. I actually bought “Final Fantasy XI” but I couldn’t get the online thing for “Playstation 2” to work.

Due to a buncha crap with having an old TV and finally getting a new one for Christmas I think I’m finally getting the “PS4” shoulda got last year. In the process of looking up that “Radiata Stories” game I saw that other rpg I really liked “Suikoden” had 3 sequels I never knew about. I’m considering downloading those games if possible. Course at this point playing them would require getting rid of sleep entirely as a concept… Still tempted though.

Tomorrow the guys are joined by Ms. Majors as they finally move on from talking about video games. Hope you enjoy and see ya then!