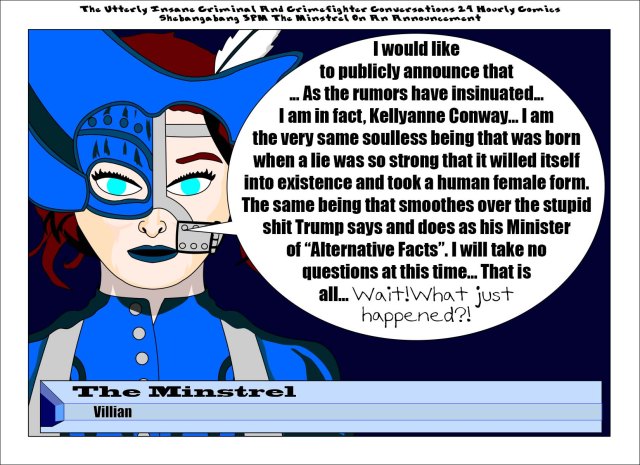 February 1 is hourly comic day which is described by KnowYourMeme.com as “an annual event that takes place on February 1st where participants draw one short comic for every hour that they (are) awake”.  This is my bastardized attempt at it.

If you’ve been paying attention to the last few posts I’ve mentioned launching a new comic “Criminal And Crimefighter Conversations” and this looked like the perfect opportunity to do so.  To be clear all these comics were made in advance unlike the brave souls who are actually making comics every hour they are awake.

The attempt here is that a comic will be posted every hour today from 12AM to 12PM.  How well will this work out? Who knows? But hey the train wreck might be fun to watch too.