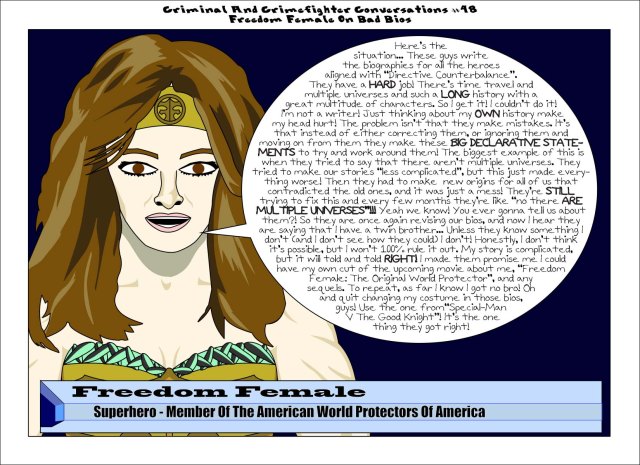 “DC Comics” next big event is “Rebirth” which starts this week. Where once again DC is rebooting its universe.  This one is supposedly a “soft reboot” but it is a reboot nonetheless.  DC is always trying to fix it’s broken continuity and that alone is enough reason for Marvel to win any DC vs Marvel argument. They just keep doing it over and over and over again and they somehow make it worse every single time.  Even from what little has been revealed some terrible ideas are coming.  One idea is that “Wonder Woman” has a twin brother.  Gotta say this sounds like a bad idea, but I can give this one the benefit of the doubt.  One idea they got with the “Joker” I’ll go into in Thursdays comic.  But one is…. Wow…. One is that “Dr. Manhattan” from “Watchmen” is either the villain or has something to do with the “darkness” that has plagued the “DCU”.

No.   You guys milked “Watchmen” for your “Before Watchmen” event already. Which is like making a direct to DVD prequel to “Casablanca” or something.  The best of those comics were nice looking and inoffensive but pointless. Stop using these characters!

Of course they won’t though. At least it seems like they’re bring back some characters they got rid of.  That’s something I guess. Tomorrow Special-Girl, White Swallow, and Quickie discuss things that have been written about them.  Hope you enjoy and see ya then!