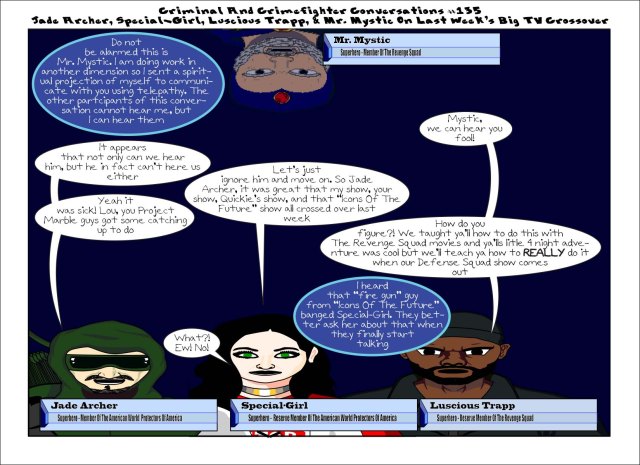 Last week was the big crossover with “Supergirl”, “The Flash”, “Arrow”, and “Legends Of Tomorrow”.  It was really fun to see all these characters together. I think it really illustrated that “Supergirl” is great, but her show isn’t.  The other thing this illustrates is that “Supergirl” needs to be part of “Arrowverse”. The shows are on the same network so let’s do a mini-“Crisis” or something (you can also kill off “Wally West” while you’re at it) and bring her in. Better yet I have a better idea… Hear me out now… Put “Supergirl” on “Legends Of Tomorrow”. “Supergirl’s” show is just going to limp along with “Lena Luthor” and her mom doing a crappy rendition of “Lex Luthor” and his dad in “Smallville”. We’re going to have to suffer through “Jimmy Olsen” being a crappy hero no one cares about, and him hiding it from “Supergirl” for dumb reasons and then a predictable and stupid fall out from it. Instead lets take the best “DC Comics” “CW” show and make it even better. “Supergirl” and “Heatwave” interacting alone makes this worth doing.

Tomorrow Mr. Mystic (in spiritual projection form) try to talk some more with “Quickie” and “White Swallow” about the big crosssover last week.