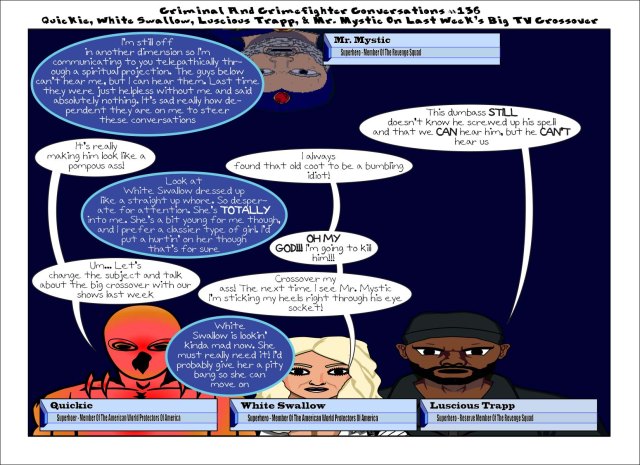 I don’t think there’s much to explain with this one so let’s get into an unrelated comic that came out last week.

Inhuman VS X-men 0 – If you read “Death Of X” (which literally just ended the previous week) you’re gonna be like “we just did this”. Long story short “Emma Frost” has some plan to get back at the “Inhumans” after the death of “Cyclops” in “Death Of X” and is training to be able to turn into her diamond form faster and faster. Also “Beast” is working on some cure for the “terrigen” cloud that creates more “Inhumans” that’s killing mutants. He’s all smiling and excited about it even though his race is on the verge of extinction yet again and one of his closest friends just died. Honestly my only explanation for this was an art screw up where “Beast” is  smiling when he shouldn’t have been and they tried to write around it. This is probably going to be painful…

Tomorrow Lou and Mr. Mystic talk to Succubus of The Fresh-Men about why she ended up voting for Trump. Hope you enjoy and see ya then!