‘“Space Saga Side Story: Rebel Girl And Her Crew” 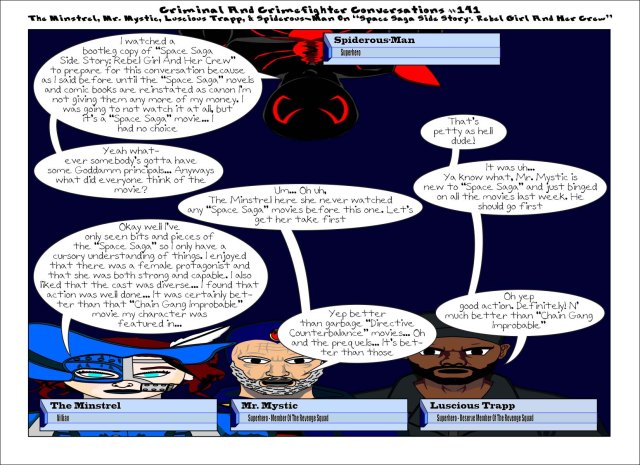 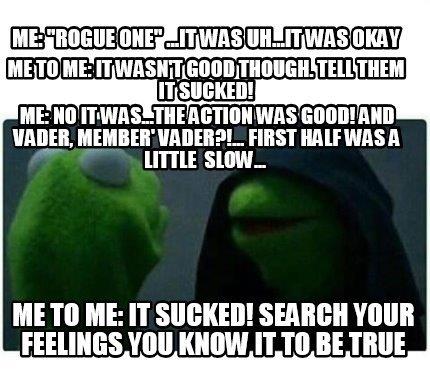 I don’t know how to rate “Rogue One”. I found the 1st half of it really boring, and even with the more entertaining 2nd half I didn’t really care.  50% is a fail, right? But then it isn’t THAT bad.  But it’s not good either.  Okay it’s better than the prequels right? …Yeah… But I think I’d rather watch the prequels.

I think the ultimate problem is… This isn’t really a “Star Wars” movie. It has the setting, some characters, and a fun reference of two but it’s doesn’t have the “feel”. Say what you want about the prequels (and yes pretty much every criticism is valid), or “The Force Awakens” and it’s sticking VERY close to the formula (member’) they do “feel” like “Star Wars” films. This movie doesn’t. This movie is something else… In fact when it dovetails right into “A New Hope” at the end it feels jarring. Maybe that’s on purpose though. If so is that a mark for it or against it? Let’s go through the good and bad…

I dunno. If you want a kinda grim “non-Star Wars feeling” “Star Wars” movie that really doesn’t matter at the end of the day then this is alright. It doesn’t add or take away anything from the original trilogy because I feels so foreign it doesn’t count.  This is truly a “Trump era” “Star Wars” movie. “Hope” is just a word said at the end referring to something else. The heroes “win”, but it doesn’t matter cuz’ we already know the “Death Star” is destroyed and they just make another one with the same weakness that is also destroyed. Then from “The Force Awakens” we know that despite everything the “Empire” just comes back with a different name and an even bigger weapon that again has basically the same weakness.  That’s when you realize that this is the cycle forever until they just destroy everything including themselves. Ya’ll ready to stop this cycle yet?

Tomorrow all these guys are back talking about “Space Saga Side Story: Rebel Girl And Her Crew” some more. Hope you enjoy and see ya then!