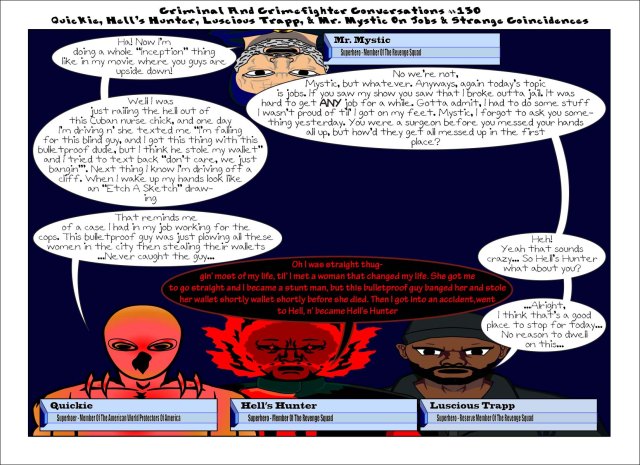 “Caitlin Snow” becoming “Killer Frost” so far is the saving grace of this season of “The Flash”.  Everything with “Wally” is stupid and annoying; the new version of “Wells” sucks; and there’s way too many speedsters now. I think part of the problem is that the show lost it’s point. Originally, the show was the lighter and more superpower-based part of the “DC Comics” “CW” shows. Now “Supergirl” and “Legends Of Tomorrow” have taken those roles.

In last night’s episode of “The Flash” “Killer Frost” acts as the “Dark Willow” from “Buffy” of the show by cutting through the crap and saying some really real stuff to “Barry”.  To be clear though, “Dark Willow” is much harsher/better. The part she calls out “Dawn’s” constant whining is the best.

Tomorrow Luscious and Mr. Mystic are back along with Slowku to talk about Slowku’s job and his life. Hope you enjoy and see ya then!